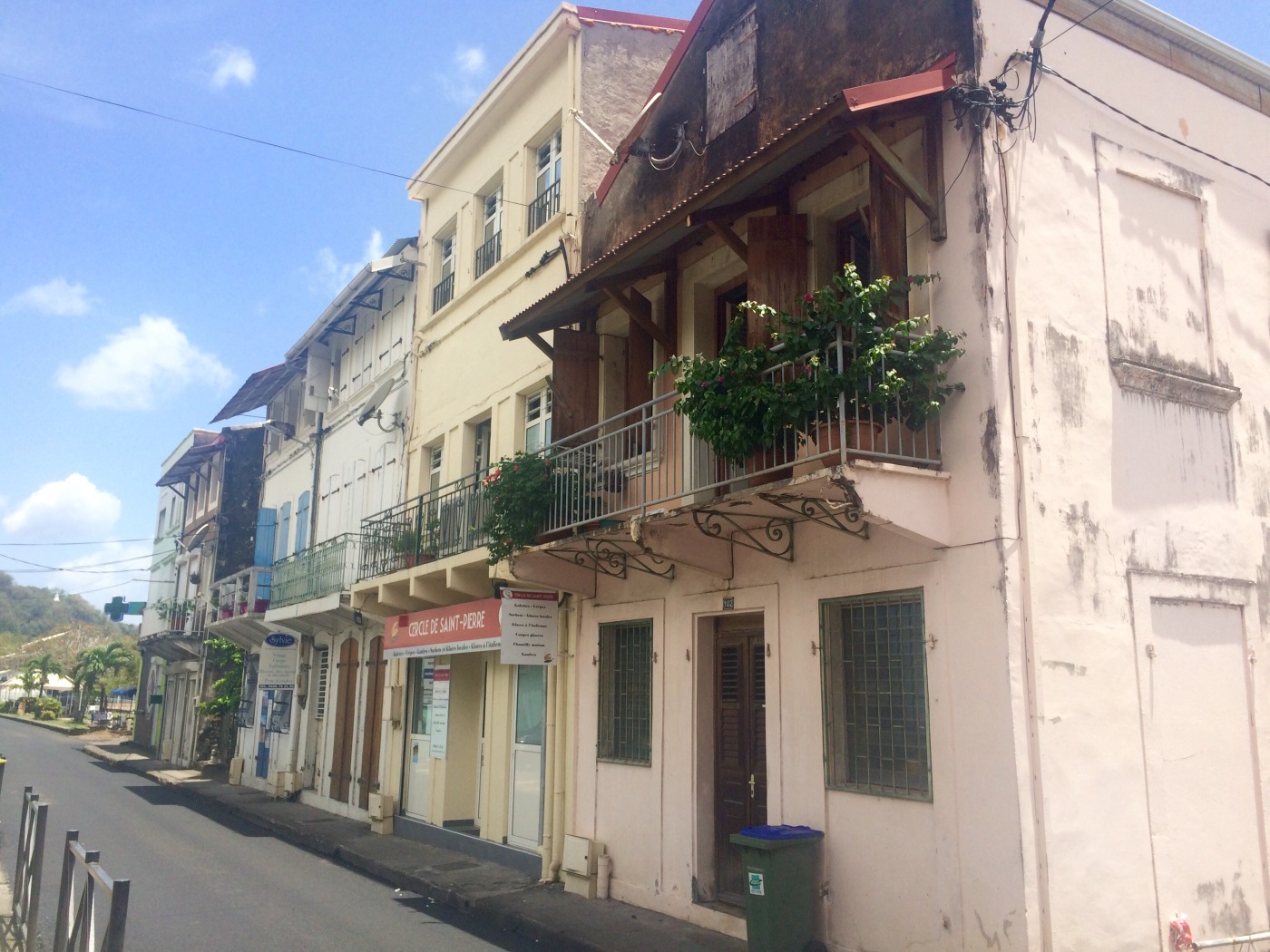 We left Portsmouth, Dominica around 9am with our original destination being Roseau, Dominica. But, as we pulled into Roseau two guys started arguing over who’s mooring we should take and it was too deep to anchor, so we had no other choice than to take a mooring ball. We just didn’t get a good vibe from the area and then when the two guys started arguing and telling us not to trust the other one, we decided to pull out of Roseau and continue on to the French Island of Martinique. This meant we would be entering the bay to Saint Pierre, Martinique in the dark.

As we arrived we saw something on the chart plotter that was a little out of the ordinary. It showed a bunch of ship wrecks. (See below. A line with 3 perpendicular lines through it, is a ship wreck) Tyler said, “Oh crap, these are the other boats who tried to come into the bay at night.”

We cautiously searched the area and anchored safely. Then started researching the anchorage where we’ll spend the next few days. It turns out that the ship wrecks are from 12 ships that were burned and then sunk when Mount Pelee erupted.

It is hard to imagine, but this seaside village was completely destroyed and 29,933 people were killed when Mount Pelee erupted on May 8th, 1902.

For several weeks, before the major eruption, the volcano gave the people of the town several warning signs. It cautioned them of the impending disaster with gentle rumblings and a couple smaller eruptions that blanketed the town in a little ash.

Throughout these warnings, Governor Moulette, encouraged the people to stay because business leaders were afraid of the financial loss, and an important upcoming election could have been lost to the black voters if too many people left the island. The local paper also did its best to persuade people to stay.

There were only 2 survivors of the town,  both were prisoners who were housed in a stone cell.

Today the village has been rebuilt on the foundations and ruins that survived the volcano. 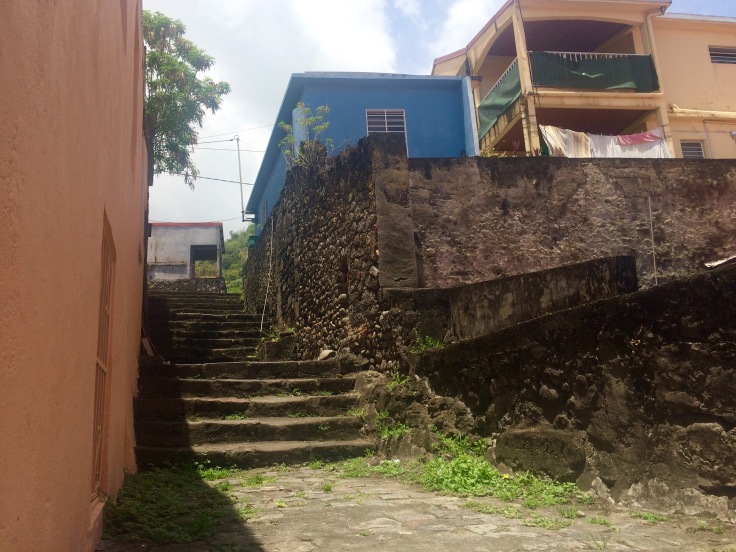 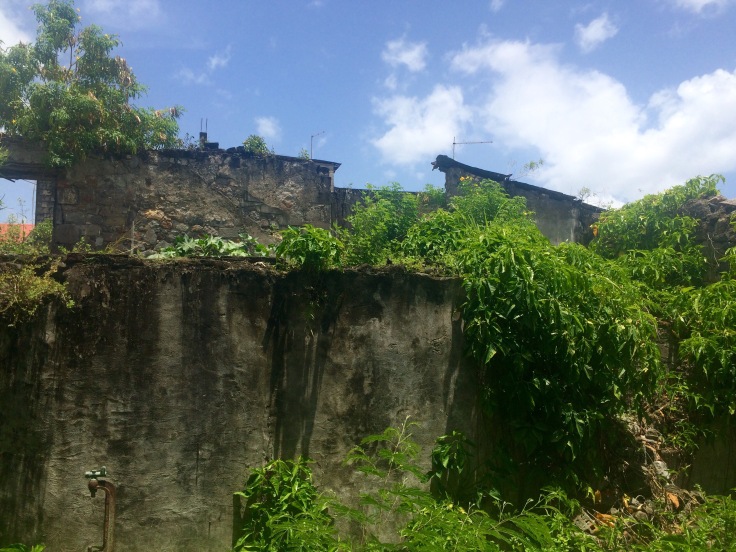 Most of the current buildings have at least one wall that survived the volcano. 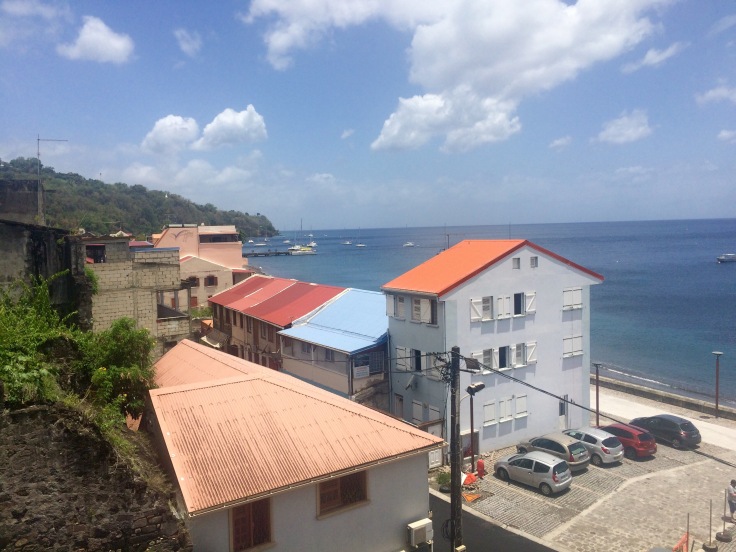 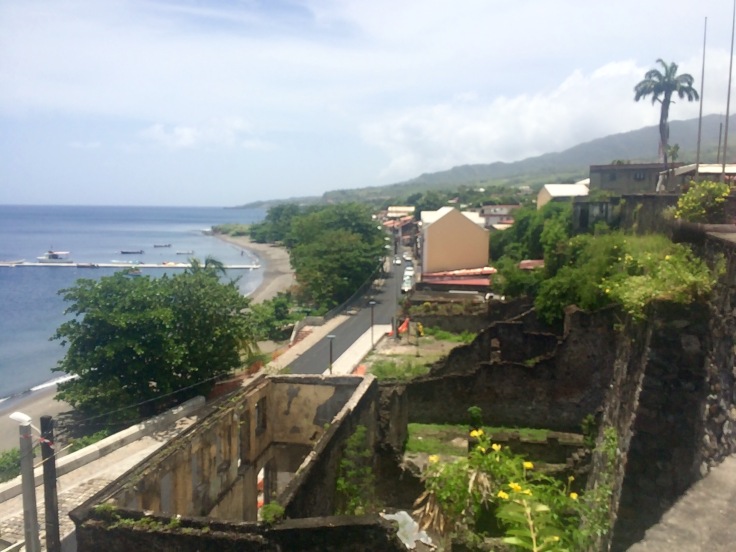 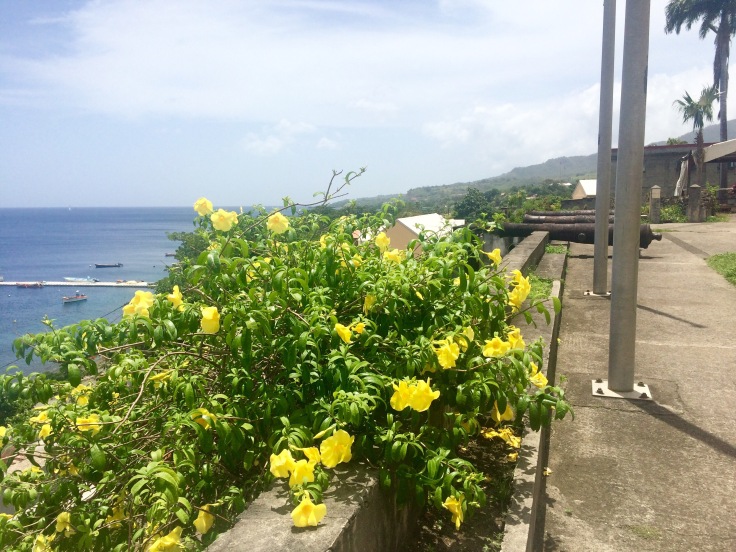 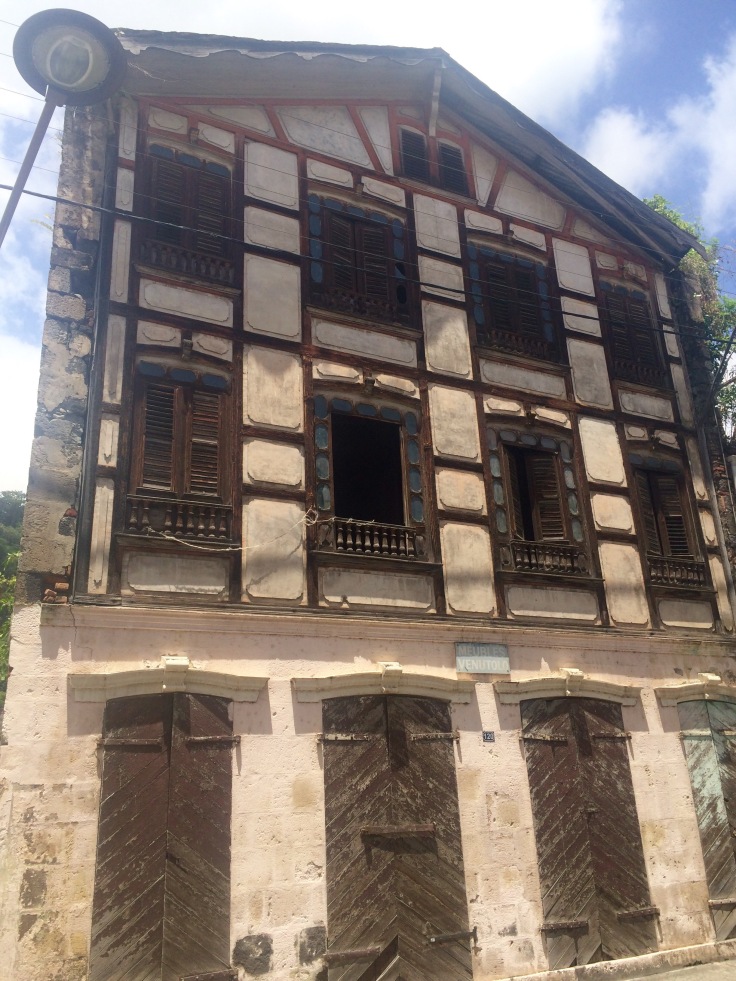 Next stop Central Martinique where we try to rent a car. 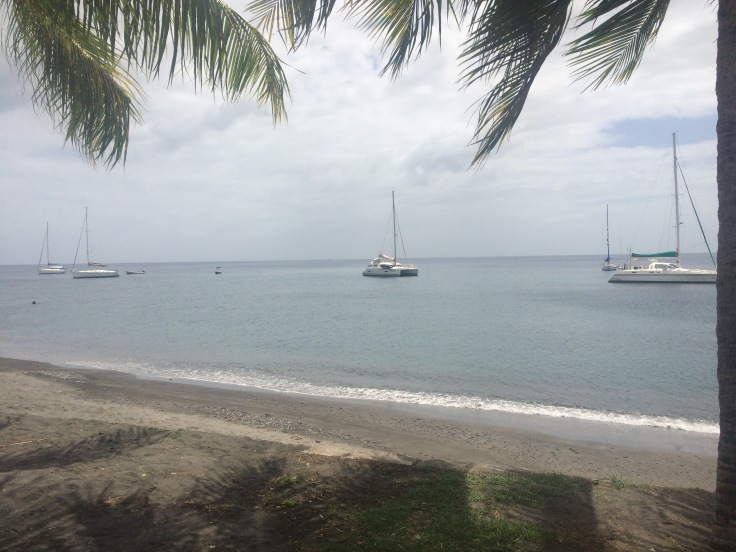 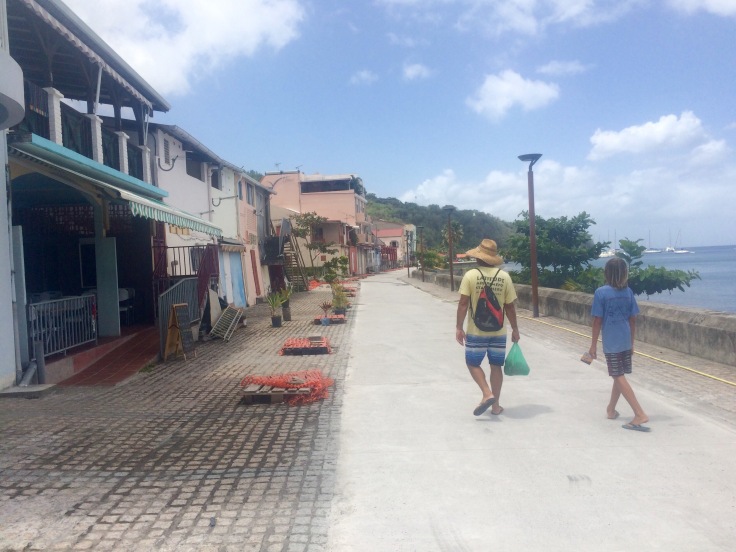 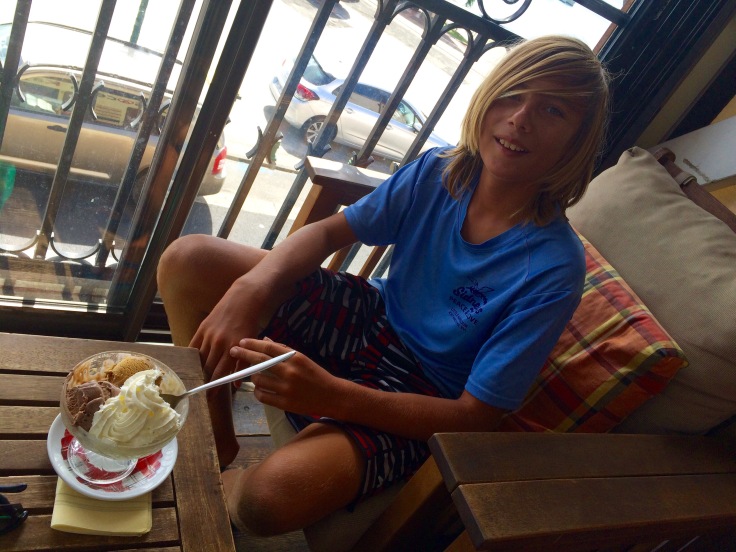